Excuse me Doctor… You can’t ask my client that question 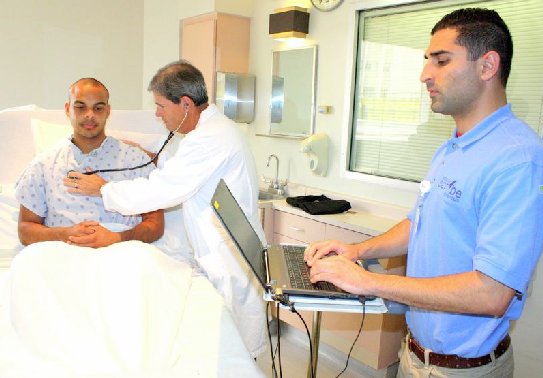 Why do you need a Legal Nurse Consultant for a Defense Medical Exam.

Henry Fornico (name changed) slipped on an area in a grocery store that had just been mopped and wasn’t properly posted. He fell, suffered a broken pelvis and required surgery, followed by extensive rehabilitation. During the plaintiff’s DME it became quite clear as to why my professional presence as a legal nurse consultant was required.

This incident occurred in California and according to Code of Civil Procedure Section 2032.010-2032.020, the physician providing the DME was not allowed to “inquire” of his mental status. This became important because the client was diagnosed with dementia a year after the accident. The defense was trying to say the client had dementia at the time of the accident.

Excuse Me!
The exam ordered was to be strictly orthopedic in nature. When the physician inquired of Henry’s mental status I politely said, “Excuse me, according to the Code of Civil Procedure Section 2032.010-2032.020 that will not be asked in this exam.” I handed him a copy of the response letter. End of subject.

It’s a beautiful thing because if I wasn’t there the client would have felt pressured to discuss his dementia. It could have been used against him and that is exactly what the defense was hoping for.

The Value of a Legal Nurse Consultant
My presence at the DME as a legal nurse consultant and my knowledge of the limits of the exam stopped the physician from ignoring the response letter. This is just one of the many benefits of having a legal nurse consultant with your client during the exam. You have complete assurance that a fair exam will be done. In addition to stopping questions about mental status, I was also effective in controlling who was in the room during the DME. Did you know that you as an attorney can request that only a certified scribe attend the DME and no one else except a legal nurse consultant?

Office RN Forced to Leave the Room
In this case the physician asked his office registered nurse to perform the scribe work. Interesting?

Before he began, I politely asked for the scribe’s certification number so that I could make note of it. The physician said, “Oh, this is just my RN.”

I then quoted from the response letter stating, “Only a certified scribe was allowed in the room.” He got flustered; he had to ask the RN to leave! Then the physician had to document the exam.

Controlling the identity of the scribe is important, because if my notes and audio recording were different from the physician’s, then he would have had a RN to back him up.

You have done all the hard work on your case. Now, make sure your client gets a FAIR EXAM. Want to use the response letter to limit the exam? I will help you write it. And be present at the exam so that he or she gets a fair exam as your legal nurse consultant observer.